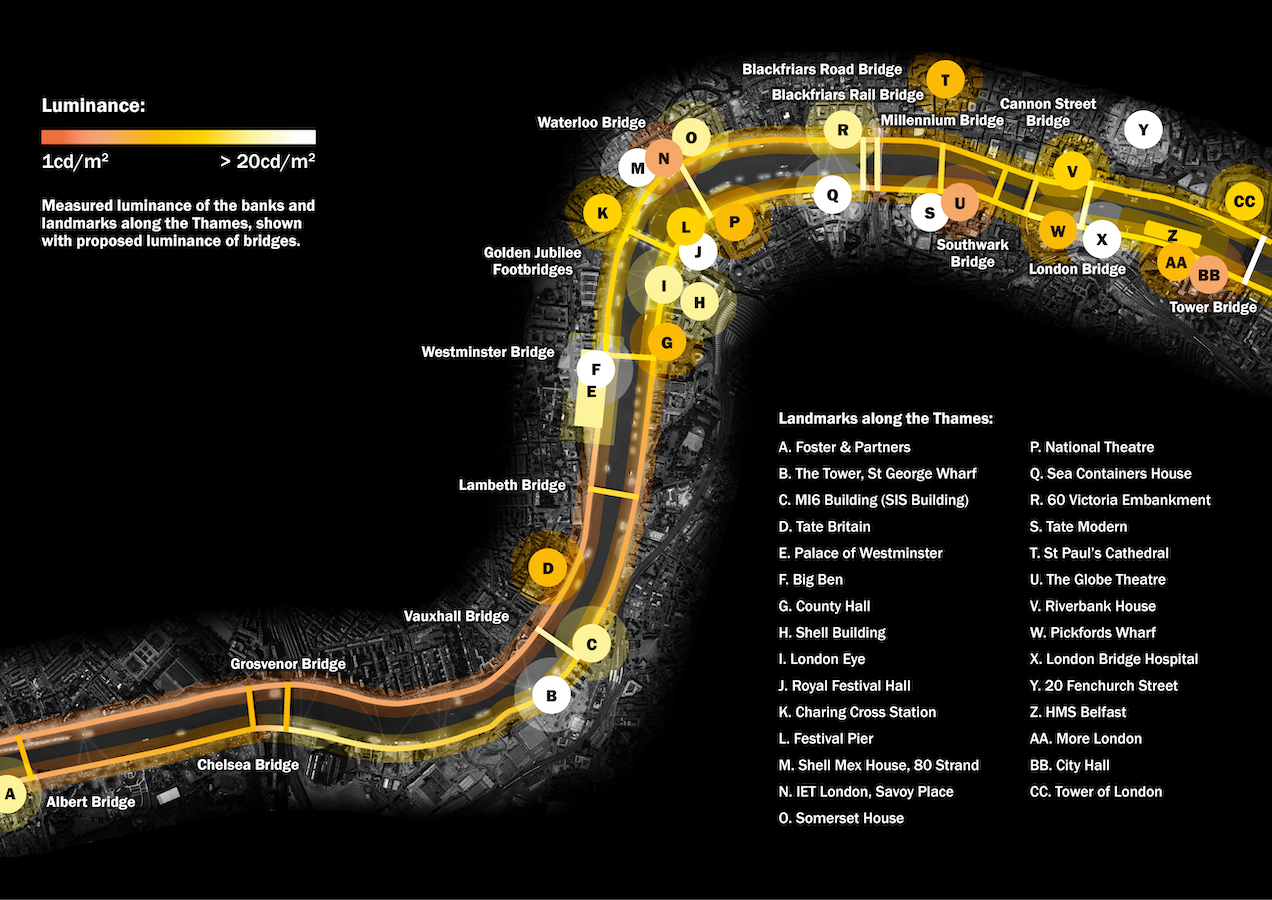 Atelier Ten's lighting design team surveyed the banks of the River Thames and 15 of its bridges, and set light level targets for the bridges relit as part of Illuminated River to sit sensitively within the surroundings. The survey results ran to 150 pages – ten pages per bridge, containing tables of the measured and proposed light levels for each bridge. Needless to say, this dry technical information did little to allay the public’s concerns of light pollution at night!

This infographic I created shows all data from the lighting surveys and the proposed light levels for the bridges on one image. Published on Illuminated River’s website, it reassured those concerned about light pollution by illustrating that the bridges would not be brighter than their surroundings.

The driver for "why" I was trying communicate this data was to allay public fears about excessive light pollution and potential damage to the ecology of the river.

The "who", or audience, was the general public. The reports were freely available on the planning websites; despite this there were still rising concerns about the project. I could not assume everyone would be numerate-literate, or have the time to digest a technical reports. I knew I wanted to avoid number- or text-heavy graphics and instead provide an easy to read outcome that could be grasped quickly.

Bringing the what, why and who together: I had lots of numbers, but didn't want to display lots of numbers. I wanted it to be simple and quick to digest. It had to allay fears and concerns and reassure the general public.

The illustration at the top of the page is the outcome, all the information from 15 technical reports synthesised into one easy-to-read graphic. This graphic did allay public fears, and the project went ahead as planned.